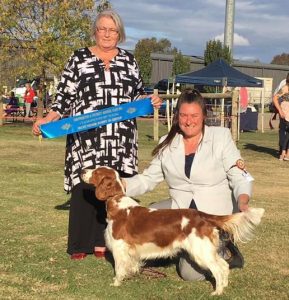 When Angela Henderson first entered the rail industry, her start date was contingent on the allocation and availability of the first on-site female toilet. Nowadays, as Momentum’s General Manager, Angela is blazing the path for future female Rail Industry workers with her passion for equality, female empowerment, and rail innovation.

When Angela applied for a role in the rail industry following a redundancy, she had a laugh about a potential future in a male dominated, infrastructure industry. After succeeding in the interview, she was thrust into a whole new world of work and gender disparity. But fast forward 10 years, multiple job roles at some of the industry’s largest rail companies and, a recent promotion to become the Momentum Rail Workforce Solutions General Manager; and Angela’s first steps into the industry have even more meaning.

“My first role was working as the Manpower Shift Supervisor – talk about gender profiling. I was the first female in the company, at that location, to hold a role in this career and I was determined to succeed. I just put my head down and learnt everything I could.” After a few developmental career moves, Angela comments that she “went back to the team as the manager and, [my original] position was renamed as a Live-run Supervisor instead.” To Angela, the name change was a clear positive step forward for the rail industry. It’s these small, but impactful, changes which are reflective of the impact Angela has had on the rail sector throughout most of her career. Bold, incremental moves in an industry which have seen Angela create change and develop the skills to lead a multi-million-dollar company.

“After I had my youngest child, I applied for a Victorian Operations Supervisor role with Momentum… but, I knew I had the skills to do more. So, I told them I wanted to be the Victorian State Manager.” Angela muses. “They agreed. It was awesome!” Angela continues with a laugh. It’s this personal passion, determination and good humor that has undoubtably seen Angela through some of the toughest times in her career.

“As females we see a lot going on and, we keep soldiering on and doing our best. Females tend to just keep going.” Says Angela – clearly thinking as much about her own personal experiences as other females in the rail industry.

Angela recently celebrated 10 proud years in the rail industry with Momentum but, hasn’t finished pushing change and aspiring to bring more females into the industry. Now the General Manager of Momentum Rail Workforce Solutions, Angela has more passion and influence than ever to achieve her goals.

“You can expect to start seeing a lot more from Momentum as we actively try to encourage more females into the rail industry and, bring in more systems and technology to reduce manual processes.” Comments Angela, proudly taking the reigns of the business. “There’s a significant opportunity to address the gender imbalance in rail and, Momentum is proud to be actively making changes to create more equality.”

As for Angela’s advice to other females working in, or interested in joining the rail industry, “You have to believe in yourself. Ensure that when you speak up, you’re heard, even if you have to say it again. It’s so important to stand up for yourself and your voice.”

If you’re interested in hearing more stories from the Momentum team, make sure you’re following our Facebook and LinkedIn pages.